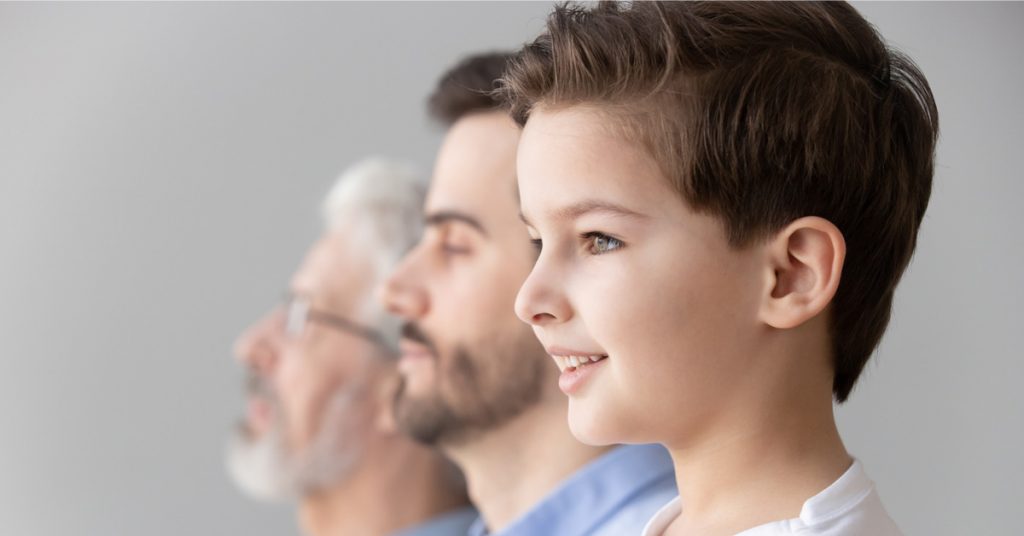 Watching a parent or close family member struggle with depression can be heartbreaking. And you might find yourself wondering if the condition is something you could inherit. After all, depression seems to run in families.

The simple answer is yes and no. Depression is a very complex disorder that is caused by a combination of different factors. Research suggests that there is indeed a genetic component to depression. However, it’s not entirely clear how much of a role genetics plays.

Depression is what experts call a “multifaceted” disorder. This means that it can be caused by a combination of different factors, which can vary from one person to another.

So, while people with first-degree relatives who have depression may be more likely to suffer from depression later in life, this does not necessarily mean they will.

Also, the majority of people diagnosed with depression have no family history of the condition. Statistics show only about 40% of depression cases can be tied back to genetic predisposition. This suggests that other factors may play a bigger role than genetics.

Researchers have not been able to identify a single “depression gene.” However, they have identified over 100 gene variants and over 250 genes that may be involved in the development of depression.

These genes are thought to work together with biological, social, and environmental factors to influence a person’s risk of developing depression. For example, a person who has the genetic markers for depression may only develop depression if they are also exposed to certain environmental stressors, such as abuse, trauma, or poverty.

There are many possible ways in which different genes and gene variations can lead to the onset and development of depression, as outlined below:

Studies suggest certain gene variations can inhibit the production of neurotransmitters such as dopamine, serotonin, and norepinephrine. This can lead to imbalances in the brain that have been linked to depression.

Some gene variants can alter the production of inflammatory cytokines. These are proteins that play a role in immunity and anti-inflammation. However, excessive production of these proteins can negatively impact the brain, potentially leading to depression.

Some gene variants are associated with an impaired stress response. This means that the body has a difficult time recovering from stressful situations. This can lead to chronic stress and increased vulnerability to depression.

There is evidence that certain genes may lead to poor brain development or changes in the structure and function of the brain. These changes may affect personality, behavior, and decision-making and increase susceptibility to depression.

Disruption of the Circadian Rhythm

The circadian rhythm is the body’s natural way of regulating sleep and other bodily functions. However, some experts believe that gene variations could potentially disrupt this rhythm. This may lead to insomnia, anxiety, and depression.

Other Causes of Depression

It’s important to remember that genetics is not the only factor that can contribute to the development of depression. Many environmental, biological, and social factors are also associated with depression.

For example, exposure to abuse, trauma, or poverty can increase a person’s risk of developing depression later in life. This is because these experiences can change the way the brain develops and how it responds to stress.

Other risk factors for depression include:

Certain medical conditions, such as cancer, stroke, and heart disease, can also lead to depression. This may be due to the physical and psychological effects of the illness. Other conditions like anxiety, chronic pain, and insomnia can also increase the risk of depression.

Hormonal imbalances can also play a role in the development of depression. For example, women are at a higher risk of developing depression during and after pregnancy due to changes in hormone levels.

Some medications, such as those used to treat high blood pressure or birth control, can also increase the risk of depression.

Drug and alcohol abuse can also cause or amplify feelings of sadness, loneliness, and helplessness which are very common in depression patients. It can also lead to changes in the brain, making one more vulnerable to depression.

Major life events, such as the death of a loved one, divorce, or job loss can also trigger depression.

While the genetics of depression are complex and not fully understood, there is evidence that certain genes/gene variations are involved in its development. However, genes are just one puzzle piece. There are plenty of other environmental, biological, and social factors that can also play a role in the development of depression.

NextWhat Does Ketamine Do For Chronic Pain?Next

If you are experiencing a medical or mental health emergency, please contact 911 or the Suicide & Crisis Lifeline at 988. Do not rely on communication through this website for urgent medical needs.

GIve Us A Call

Have a question or need to schedule an appointment? Give us a call now.

Our mission at Mindful Infusions of Tennessee is to restore hope and promote wellness to those seeking a better life, one patient at a time.